The Desert of the Anthropocene – India Art Fair 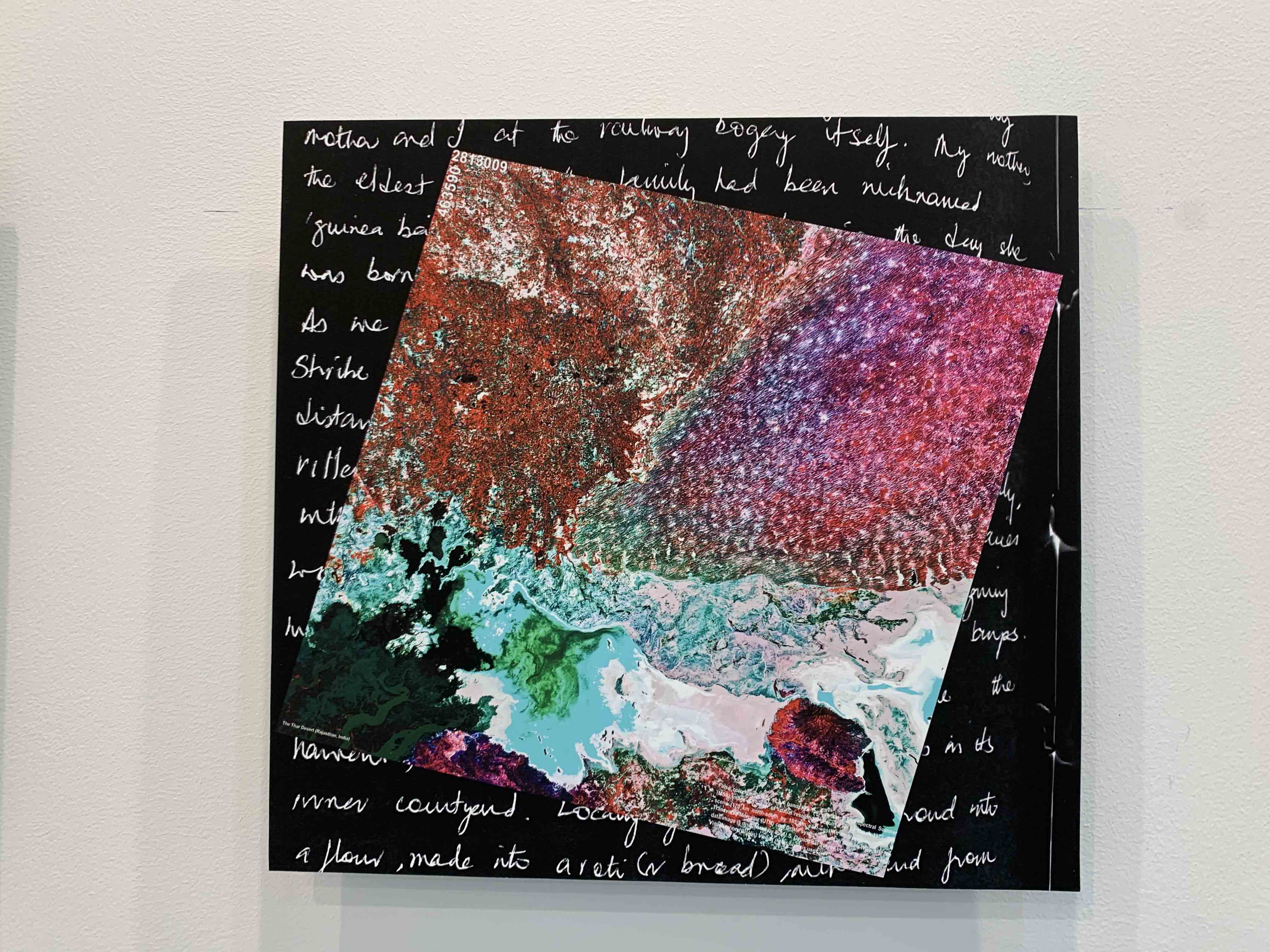 From the sea to desert
Tuesday, 05 February 2019 | Uma Nair
Artist and activist Ravi Agarwal engages with urban ecological issues. By U Naaiirr
Ravi Agarwal, the archivist, activist and thinker unveiled his impressions of the desert at the art fair. In the
past, he has had an intense relationship with water. Both are in keeping with his championship of urban
ecological issues.
Founder of an environmental NGO, Agarwal’s Platform, an installation with photographic works, text,
videos and objects, became an ensemble of deep gravitas and reflection, making us think of what man has
done to nature and how we don’t seem to stop and think. “The ongoing project traverses and contrasts a
personal memory of a desert homeland in a now abandoned ancestral home with new exploitation of the
‘barren’ landscape,” says Agarwal. “Pointing towards the loss of the local leading to the breakdown of
ecological constructs of identity, food systems, water, and land, the terrain is now increasingly thought of
as infertile, leading to it being a ground for nuclear testing, new industrial mining and capital intensive
irrigation canals. Meanwhile, the dried-up wells, ponds, loss of livelihood, and the slow disappearance of
a rich culture is leading to another kind of human evacuation. Yet, what is considered bare or barren is in
fact deeply inhabited and fertile in multiple ways.”
The work is a part of an ongoing investigation into the current state of the nature, both as a crisis which
traverses a political realm, but also a cultural contestation of how ‘nature’ is thought of in the era of
Anthropocene.
“Nature has been impersonalised into an abstract idea to be exploited, even as on the ground everyday
inhabitations of lived ecology weave in and out of the human life and contest the idea of an homogeneous
nature,” says Agarwal. “In many ways the reductionist binary of man versus nature has taken over other
cultural ways in which nature is or can be inhabited, and brings into question the current approach towards
sustainability.”
As an environmentalist with a conscience, Agarwal has been troubled by the many observations and
cycles that he has studied over the past two decades. He insists that while scientists claim that the
ecological future of the planet is in the hands of humans, new realisations show that our Cartesian dualism
with nature has been silently influencing resource use. This is seen in migrations, conflicts, landscapes,
boundaries, social relationships, culture, livelihood and technology choices. According to him we need to
question everything we have taken for granted, so far. He has a keen interest in exploring these questions
from the ground up, especially about a new imagination of relationships to natural ecology.
Inspired by his memory of an abandoned ancestral home in a desert homeland, this mixed-media
installation urges viewers to reflect on urban spaces and ecology. The best part in the installation is that
Agarwal veers away from propaganda. This is an academic deeply thought-provoking project that asks
questions and probes hidden embers. Ecology and photography are life-long vectors for Agarwal. He
balances the power of the aesthetic and the political, the conceptual and cultural. In Agarwal’s hands,
dematerialisation has an ecological resonance and that is why this project stood head and shoulders above
the rest.